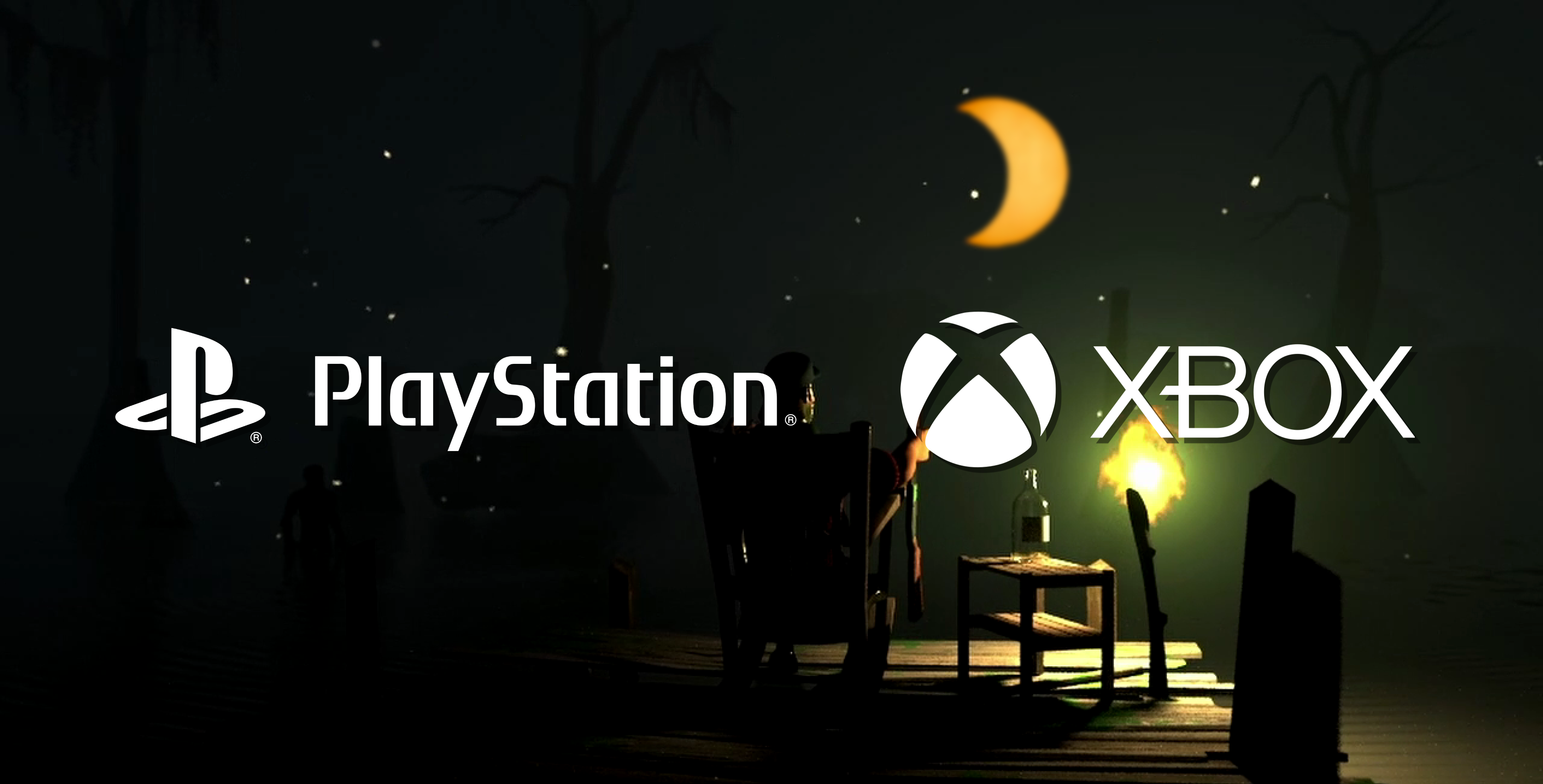 April 7th 2022 – Today, developer Nuttery Entertainment is as happy as a hog in muck to announce the release of Whiskey & Zombies on Xbox X|S & One and PlayStation 5 & PlayStation 4. The aim of the game? Stay drunk. Stay alive. Save humanity. No big deal.

In this chaotic co-op stealth brawler set in the Southern states of America during a zombie outbreak, players must make their way home to the Louisiana swampland in order to save humanity the only way they can: with the aid of their trusty moonshine distillery. Sure, it was illegal, but that’s before everything went to, well, heck.

Whiskey & Zombies tests players’ abilities to work together to save humanity, by swigging, shooting and sneaking their way through hordes of undead. In the story mode, players will take control of one of four members of the bickering McCreary clan, each boasting different abilities and varying tolerances to the devil’s drink. Then, they’ll fight against hordes of zombies whilst trying to balance their buzz – the more moonshine they drink, the safer they’ll be from the virus, but drink too much and they’ll end up useless to their companions.

Yep, it just so happens that the survival of humanity relies on a successful collaboration between the last humans capable of making moonshine – who just so happen to hate each other’s guts.

With a story mode that’s playable as a solo experience or in couch co-op, Whiskey & Zombies is a slick top-down zombie shooter designed to bring button-mashing chaos to lounges, pubs or outhouses, if there’s space. Players must defeat the mass of undead while fighting to keep their accomplices alive. Should they fall victim to the zombie horde, a quick chug of whisky will get them back on their feet again.

Choose your character, weapon and play style. Will you sneak through the hordes? Or go in guns blazing and hope your friends have enough moonshine to keep you alive?

Whiskey & Zombies features two additional game modes beyond the main campaign. In Last Billy Standing, players must fight both hordes of zombies and their friends in a chaotic last-man-standing free-for-all. In Redneck Survival, players must stay alive as long as possible while fighting off waves of the undead.

A throwback to beloved chaotic couch co-op games, Whiskey & Zombies will have players hollering as they beat back the hordes of zombies. Will you and your friends manage to save humanity? Or will you end up brainless in the Bayou?

Action-packed and filled with mayhem, Whiskey & Zombies provides a madcap and chaotic story, in which players will discover the Southern roots of the McCrearys and what motivates them (besides liquor), as they make their last stand in the deep south.

“We are stoked that the game is finally being released on consoles where its couch co-op gameplay can really shine. Whiskey & Zombies started around the idea of bringing the fun, co-op magic of games like Gauntlet together with the action of Hotline Miami and the suspense elements from Left 4 Dead — hopefully bringing gamers together, button-mashing and screaming in front of the TV to get them more whiskey.  Just like what family fun used to be about.”